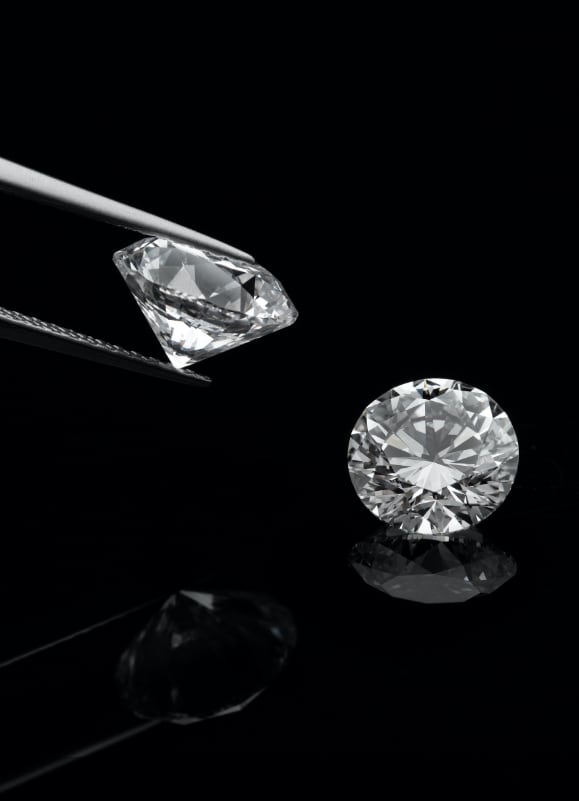 MANY MAN-MADE DIAMONDS WERE SNUCK IN AS NATURAL DIAMONDS.

At Novita, we strive to reveal the truth. Our article will reveal the hidden side of diamond history that few outside the diamond supply chain are aware of. We are renowned diamond dealers who have been deeply immersed in this industry for quite a while. It is, therefore, natural for us to encounter or be involved in “unique” incidents and situations, whether we want to or not, over the years we have been doing business.

It is our belief that our valued customers and readers deserve to know about these stories. You will likely gain a better understanding and appreciation of the diamond business from our stories. As a precaution against possible legal disputes, we will not be using real identities. The rest of the details, however, will be faithfully outlined as they occurred.

NOW TO BREAK THE SILENCE

There was a strong feeling among many that something major was going on among global diamond wholesalers four years ago. We soon learned more substantial and detailed information through a connection we had with the Diamond Wholesaler Conglomerate. For those unfamiliar with the diamond world, the Conglomerate is kind of a big deal; like OPEC, the Conglomerate determines and fixes diamond wholesale prices. They serve as a vital link in the diamond supply chain; diamond miners, cutters, polishers, exporters, importers, and wholesalers all depend on them for direction. Thus, any news coming from them had to be credible.

So what was it that caused everyone to feel so unsettled? Apparently, the largest diamond wholesaler in the world, located in Russia, was committing fraud of immense proportions.

Lab grown diamonds have been available for over 19 years on the market. Nevertheless, lab-grown diamonds tended to have a tiny market share and proved to be not very popular among consumers, partly due to their colour: they were always yellow while costing as much as mined ones. The situation, however, would not remain the same for much longer.

A bombshell exposé four years ago revealed that the largest Russian diamond wholesaler had been involved in a massive fraud operation that entailed hundreds of thousands of lab-grown colourless (white) diamonds being passed through the most reputable laboratory in the world. Since lab grown diamonds were understood at the time to be yellow, the laboratory failed to recognize them as lab grown diamonds, unwittingly increasing their market value.

By switching to lab grown diamonds, the Russian wholesaler was able to massively profit while flooding the market with diamonds that are nearly indistinguishable from mined ones. Once the certification lab realized something was amiss, they immediately notified the Conglomerate, and the operation was terminated.

As with many audacious frauds and schemes, this one flourished because of the system’s vulnerability that they exploited to gain such unprecedented profit.

Essentially, the question is, how were they able to consistently and deliberately fool the world’s most prestigious diamond certification institution over a long period?

Looking back, it seems obvious, but the answer to this question is actually a straightforward scientific truth:

Down to the last atom, mined diamonds are EXACTLY the same as lab grown diamonds!

Is that all there was to the scheme? Of course not! We will reveal all as promised, so don’t worry!

What eventually brought this scheme to an end? Why was such a seemingly foolproof and sophisticated operation discovered and subsequently exposed?

It is necessary to briefly go over some math and science in order to fully comprehend how they were discovered.

In all cases, man-made diamonds are of “Type IIA”. This label indicates that since the stones are made under fully controlled conditions with precise parameters, they are never exposed to oxygen, which means there is no oxidation of the diamond’s chemistry. It is important to note, however, that such coveted oxidation-free diamonds are extremely rare in nature, with only about 2-5% of mined gem-quality diamonds eventually receiving the prestigious “Type IIA” label. This fixed rarity was critical to unravelling the Russian operation.

With the growing amount of man-made diamonds being certified as mined diamonds, discrepancies in the probabilities became evident, and suspicions were raised.

Despite the fact that it is unknown how many artificial diamonds have been certified as natural and are still available on the market, the Russian company was immensely profitable, and so the number may be substantial.

Initially, everyone questioned the claims’ validity. Since the claims seemed so far-fetched and unbelievable, no one believed them.

In the end, however, the rumours were confirmed when we, as one of the leading diamond companies, received an official confirmation from the Conglomerate when they presented us with an action plan. This confirmation forced us to cease all business and communication with the Russian wholesaler since they were now permanently banned from the entire diamond industry for life.

This covert operation was especially significant because it brought lab grown diamonds to the forefront of the industry from the background. In other words, man made diamonds could no longer be considered second-class gems. The quality of lab grown diamonds has improved to the point where they are indistinguishable from natural diamonds and, in some cases, even exceed their quality. In any case, it would take another year before the first legitimate lab grown stones would be accessible to the general public.

Given the sheer magnitude of this scandal, the mined diamond industry has suffered an incredible and permanent blow. As of now, there is already a large number of man made diamonds in active circulation that were certified and sold as natural diamonds. Not only that, but even the world’s most prestigious lab could not differentiate between lab-grown and mined diamonds, which resulted in countless undetected stones slipping through their fingers.

In response to the scandal, all those involved in the diamond mining industry felt humiliated as well as financially ruined, so an effort was made to cover up the scandal to at least save face.

SO WHY COME OUT NOW?

Our core principle is to always be transparent and open with our customers, revealing all that we know about the industry. We believe it is our duty to provide them with deep and uncensored insights about the industry that no one else can openly offer.

Due to our unrelenting commitment to the planet’s health and its inhabitants, Novita Diamonds deals exclusively with lab grown diamonds and not mined ones, as opposed to our competitors who deal in both. This naturally makes our competitors biased; it would be in their best interest not to disclose stories like this that could turn away prospective buyers and thus negatively impact their bottom line.

Thank you for reading this article, and we hope that it has given you a better understanding of the diamond industry. Hopefully, you enjoyed this article or found it informative, so please share it with family, friends, and your significant other. During your next party or get-together, whether face-to-face or virtually, you might have something interesting to discuss with them!